Can You Cure the Common Cold?

It's that time of year again, when we all start to get the sniffles

Curing the common cold sparked a debate in the office at work yesterday: It was reported in the news that the “cure for the common cold” had been found.  It sounds exciting but like much science reporting in the media: it’s fantastically over-exaggerated. The ‘ground-breaking’ research gives interesting insights into how our immune system works (the intricacies of will go above the understanding of most). A  cure will be years, probably decades away.

So, while we wait for science to discover a cure, we must do our best to cope with home remedies and shop-bought medicines. Everyone in the office had a personal favourate for treating colds: honey and lemon, rubbing goose fat on the chest, or a bit of ‘hot toddy’…!

What do you do when you start to feel unwell?

Today’s blog is looks at a range of cold treatments: some of which are downright weird. There are some surprising truths about what works and what doesn’t…

For years we have been led to believe that shovelling oranges and satsumas down us at the first hint of a cold in the belief that it will cure us.

Oranges are a great natural source of vitamin C, but do they help?

I hate to break it to you but unless you have an orange fetish you’re probably wasting your time. You need to eat a whopping 22 oranges in one sitting to have any hope of stopping an infection! Research performed over many years has shown that the Vitamin C in oranges has only a tiny effect on killing the common-cold virus. Only if you take a ‘mega-dose’ of Vitamin C (that’s 1 gram or more) will you reduces how long you are ill for  about (gasp) half a day. Hardly worth bothering!

Modern Medicines: do they really work?

Lemsip, Benolyn, Soothers, Cough Linctus; there's plenty to choose from but how good are they?

The ‘common cold’ is caused by a virus infection (rhinovirus) and none of the lotions or potions you can get in the shops kill viruses. Because it’s a virus, antibiotics from your doctor won’t help either. Most medicines you can buy are a cocktail of paracetamol, sugar, caffeine and ‘decongestants‘. They reduce the aches and pains but won’t make the cold go away.

Always read the label: if you want a good night’s sleep watch out for anything that contains caffeine (e.g. Lemsip) before you go to bed…

A nice sweet cup of honey and lemon might not sound like much. Health food shops are doing a roaring trade out of a new fad from New Zealand: “Manuka Honey”. This up-market honey actually has anti-bacterial powers and can help fight infection. Sounds like a good idea to mix some in with your lemon drink? Unfortunately, the common cold is caused by a virus (not bacteria) and so may help all sorts of other infections but honey won’t cure a cold. Sigh!

Honey does taste good and the ‘sugar-hit’ will keep energy levels topped up though!

Can Alcohol Cure the common cold?
I once tried this at University: suffering with ‘man flu’ I downed a shot of whiskey before bed. I’d been told it was an effective cure-all. The next morning I awoke feeling worse than ever. I wasn’t impressed by this age-old ‘remedy’. 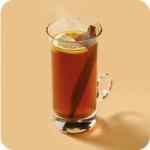 A 'hot toddy' is a traditional remedy of whiskey mixed with hot water, lemon and spices

Alcohol is often seen as bad for health: Too much alcohol damages many of your internal organs (especially the liver) and limits your body in fighting infections. My ‘whiskey experience’ certainly means that I avoid alcohol if I feel ‘under the weather’.  But controversially, scientific findings have shown that people who regularly drink moderate amounts of red wine catch the cold 60% less often!

But what about other alcoholic drinks?

Bad news for the ‘hot toddy’ fans I’m afraid: Whiskey with hot water does nothing to fight off a cold. It might make you feel better for a bit because the alcohol numbs a sore throat. In the morning you’ll probably wake up feeling just as bad as before.

Anyone for some goose fat?

I was amazed when someone suggested that I try smearing fat from a Sunday Roast on your chest: it sounds disgusting! Goose fat has been used as a healing remedy since ancient times (the Egyptians used it to treat all sorts of things). In the 1930s it became the fashionable treatment for coughs. It’s probably something your Grandmother would try.

Feeling hot and feverish are common symptoms of infection

There hasn’t been any proper scientific research (shock horror) done on whether it works or not but I doubt anyone takes it seriously anymore. Goose fat contains lots of different chemicals, and some are absorbed through the skin but there’s no logical reason for it to have any benefit for curing coughs and colds.  Perhaps the slimy ‘soothing’ sensation on the skin that gives it’s ‘appeal’?!

If you want something to smear on your chest in the winter months, Vick’s Vapor rub is a popular choice and will probably smell better than using goose fat! Such ‘rubs’ contain menthol; camphor and eucalyptus oil and have a cooling effect on the skin. Although it has no virus-killing power and no evidence to prove it works against the common cold, it has been used for over 100 years and many people swear by it.

﻿Does Exercise help the Common Cold? 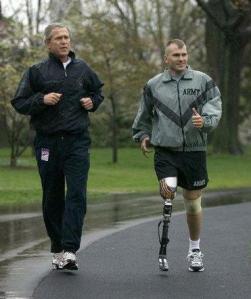 Being something of a self-confessed keep-fit freak, I think opting for a run sounds like a good idea. Many people hate the idea of exercise, but new research shows that keeping yourself fit and active can go a long way to preventing you from getting a cold. The results published in the British Journal of Sports Medicine showed that you only need exercise 20 minutes a week to help protect yourself.

What about just ignoring it and going to work?

When I was a child was never allowed a day off school unless I was at ‘death’s door’ (cue: violins)! My Mum always said “If you’re still feeling unwell by break-time then you can come home”! Was this careless parenting: as I coughed germs on my unsuspecting classmates?

Research has shown that if you go to work when you’re a bit off-colour you actually help out your colleagues! Incredibly, just seeing someone else sneezing, coughing and looking unwell gives your immune system a boost! Your feelings of disgust and sympathy trigger your immune system into overdrive: preparing your body to get ready just in case!

Alas, Mother was right after all…

DISCLAIMER: Please don’t go to work if you are unwell and think you could be spreading infection. Send them a picture of you looking unwell – it will help them out no end!

I love writing about science and health subjects. Strange, because I also teach the same things. I trained as a medical doctor before turning my hand to other things. Shortlisted for The Guardian/Observer for Science Writer of the Year 2011 and editor for Guru Magazine I also like to grow large pumpkins...
View all posts by Stuart Farrimond »
« Which is the Best Biscuit to Dunk?
Technology Update: Holographic Television is Here! »

16 thoughts on “Can You Cure the Common Cold?”