The Science of the Midlife Crisis – a modern myth?

They say that life begins at 40. If that is true, then I have four and half years coddled up in the womb of young adulthood before I am birthed into the cold harshness of ‘middle age’. We tend not to think too much of being ‘middle aged’, and we all know someone who has gone through (or is going through) the dreaded ‘midlife crisis’. About a quarter of adults aged over 40 say that they have had such an episode and the story usually goes something like: a 40- or 50-something man splashes his lifesavings on a flashy sportscar or noisy motorbike, starts a rock band, and/or quits his job to swan off with a younger woman. What on Earth could possibly possess a responsible grownup show such sudden reckless abandon?

The idea of the ‘midlife crisis’ is a fairly new one, and originally had nothing to do with balding men turning into Jeremy Clarkson-like monsters. Rather, it was a term dreamt up in the 1960s by a psychologist who had a weird theory that ‘geniuses’ of old (like the composers Mozart and Chopin) suffered a creative ‘crisis’ in their 30s which stopped them from crafting any more masterpieces. American television and pop culture later seized on the idea of the ‘midlife crisis’ to explain away impulsive middle-aged men. Many scientists, however, remain unconvinced that the midlife crisis as we think of it today is even real.

Let’s imagine a slightly overweight man, who has been married for 20 years and has two children and a well-paid job. He suddenly leaves his stable career and runs off to have an affair with a woman in her 20s. If that man was 49 we would almost certainly say he was having a midlife crisis. But if we learnt that he was actually 29, then we would simply label him as irresponsible or impulsive. 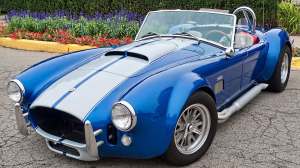 The problem with the very idea of a ‘midlife crisis’ is that we all make unexpected decisions at every stage of life – and research shows that people in their 40s and 50s are no more impulsive than at any other age.

It is nevertheless hard to deny that being middle-age can be a challenging time. Time and again, research has shown that, on average, we are at our happiest as a child and young adult. Thereafter, life satisfaction steadily slopes off, reaching a gloomy low between the ages of 44 and 46. Perhaps the psychological slump is caused by the stresses of climbing the career ladder, the financial pressures of having teenage children or the emotional burden of ageing parents. Psychologists typically agree that our 40s and 50s are a time for taking stock of life. We realise that our life is temporary, that we have lost some of our youthful vitality, and that we may not accomplish all our hopes and dreams before we go the way of the dodo. The midlife blues may also be something sewn into our biology because even apes and chimpanzees seem to go through midlife sadness!

There is, however, a bitter irony to midlife woes. Surveys show that people in their 30s and 40s think that life is all downhill, but the opposite is true. After passing through the unhappy valley of the mid-40s, our overall sense of wellbeing and life satisfaction start to increase. With the passing years, we develop emotional maturity and become more at peace with our place in the world. We realise that happiness and contentment have little to do with the trappings of wealth, possessions and status and eventually we tend to be as happy and fulfilled as we were when a child.

So for anyone who is considering re-mortgaging the house for a racehorse, just remember that for hereon in, things can only get better.

Thanks for reading. Feel free to add your thoughts in the comments below.

I love writing about science and health subjects. Strange, because I also teach the same things. I trained as a medical doctor before turning my hand to other things. Shortlisted for The Guardian/Observer for Science Writer of the Year 2011 and editor for Guru Magazine I also like to grow large pumpkins...
View all posts by Stuart Farrimond »
« What’s going on in the mind of a spree killer?
The vaccine controversy that isn’t controversial »