Spelling out the truth about dyslexia

We’ve all done it: mixed up our numbers and telephoned the wrong person. It’s an easy mistake that’s easy to forgive, but for one Starbucks employee, Meseret Kumulchew, getting her numbers in a jumble landed her in very hot water. While logging the temperature of fridges and water onto the duty roster, coffee shop worker Meseret accidentally wrote the numbers the wrong way round. Apparently accused of fraud and ordered to retrain, she was exonerated earlier this year when the courts ruled her employer had treated her unjustly. She, like an estimated half a million people in the UK, has dyslexia – a condition that many of us simply don’t understand. And the brew is made all the murkier because there is no accepted definition of what dyslexia is.

Dyslexia is best termed a “specific learning difficulty” that makes reading and writing a struggle. Children with dyslexia have often been branded as “thick” or “stupid” simply because they take longer than their classmates to learn how to read and write than their classmates, or even because they persistently write letters the wrong way around. I have a good friend who, at Primary school, was taunted by the school headmaster (now thankfully long retired) for this very reason. Yet he, and the mockers like him, are the real fools because dyslexia has no bearing on intelligence. If he could have seen past his own prejudices, he might have learnt that my friend happened to be one of the smartest kids in class.

The mystery of why smart people can sometimes struggle with language has caused a lot of head-scratching over the years. Researchers have often concluded that dyslexia is caused by faulty brain wiring. Recent research says that the answer could be due to some children having difficulty picking out the sound of different letters. ‘Phenomic awareness’ is our ability to distinguish and break down words into their different sounds (“chair” into “ch” and “air”, for example) and, like everything else in life, some people are good at it while others aren’t. Having good phonemic awareness is crucial for being good at reading and writing and, unless if the skill isn’t developed early in life, it seems to be that dyslexia can occur.

Dyslexia: not a disease 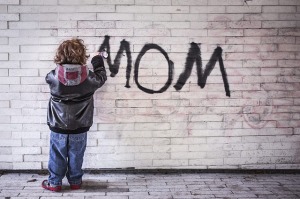 We shouldn’t think of dyslexia as being a disease because in many ways, it’s a miracle that any of us can read at all. Speaking comes fairly easily to most of us: our brain is programmed to absorb language from an early age so that even if we never attend school we will learn how to talk. Writing and reading, on the other hand, don’t come so naturally to the human brain. Without education, it is practically impossible to make sense of letters and numbers. And certain written languages – such as English –  are particularly hard for our noggin to make sense out of. The English language has countless strange and illogical rules – such as “tion” sounding like “shun” when at the end of a word. A hint of phenomic difficulty combined with a complicated language is a recipe for lifelong learning difficulties. In countries where the written language is more straightforward, such as Austria, Finland and Greece, dyslexia is rarer.

Understanding that phenomic awareness may be at the root of early reading and writing difficulties means that we can do simple things to help children as they battle with pen and ink. Playing rhyming games and practicing breaking words up into their different sounds are techniques that can help to speed learning. Like being able to sing a tune or play a piano, some people find these skills easy, whereas others don’t. There is no official definition of what dyslexia actually is and it is simply a clumsy term used for those of us who have the greatest difficulty with written language skills.

So whatever your reading and writing skills, never let anyone tell you that you are “thick” or “stupid”. You aren’t stupid, you just happen to live in a country that has a bit of a stupid language.

Thanks for reading. Feel free to add your thoughts in the comments below.

I love writing about science and health subjects. Strange, because I also teach the same things. I trained as a medical doctor before turning my hand to other things. Shortlisted for The Guardian/Observer for Science Writer of the Year 2011 and editor for Guru Magazine I also like to grow large pumpkins...
View all posts by Stuart Farrimond »
« Science shows that schools should start later, so why hasn’t the penny dropped?
What’s going on in the mind of a spree killer? »

5 thoughts on “Spelling out the truth about dyslexia”