Imagine a time before the internet. Go further back: think of what the world was like before mobile phones. Now go even further back… back to when computers weren’t around. I know that in today’s touch-screen age, it’s hard to imagine – but not so very long ago all knowledge was passed down through spoken word and books (paper ones). That’s right kids: no Gameboys. For it was a mere fifty years ago that technology was a slide-rule and a wireless – and back then most medicine was more hearsay than science. And the advice doctors gave you in the post-war era probably wasn’t much different to your grandmother’s wisdom.

Today, the majority of traditional remedies have been shown to be nonsense (like giving Guinness to pregnant mums) or wishful thinking (like treating a cold with chicken soup). But a handful of ancient remedies have stood the test of time. Here are just three old-fashioned medicines that can actually do some good.

Health food stores are awash with ‘cutting-edge’ vitamins, minerals and antioxidants. But taking nutritional supplements isn’t new. In fact, Grandma’s probably been taking them for years. Sure, it may not be CoEnzyme Q-10 or raspberry ketone tablets on her breakfast table, but she probably knows a thing or two about cod liver oil.

About a hundred years ago, fish oil started to become a trendy ‘super food’. It was apparently able to ease achy joints and heal childhood rickets. Not that anyone liked taking it much, but science now shows us that slugging back the fishy liquid was a very worthwhile. Highly nutritious stuff, it’s a potent mix of vitamins A, D and essential ‘fatty acids’. The vitamin D does in fact protect against rickets and weak bones, while some fatty acids have been now be linked to having a healthier heart and cleaner arteries. But the adage that cod liver oil helps arthritis is only a half-truth. It doesn’t help age-related arthritis (osteoarthritis), but can ease pain in rheumatoid arthritis (a less common, ‘inflammatory’ swelling in the joints).

Mercifully, modern odourless capsules now mean that children no longer pinch their nose while being force-fed that foul-smelling, repulsive yellow liquor. Now its benefits can be enjoyed without the need to pinch your nose. Just remember to swallow and don’t chew.* 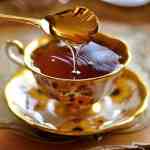 The nights are certainly closing in; and with the seasonal turn come coughs and colds. But before we could reach for a bottle of Night Nurse, honey and lemon was a choice treatment. It’s not a surprise really, because honey has been used as a medicine since time immemorial. Burns, infections, inflammation… you name it, honey’s been tried for it.

Perhaps unsurprisingly, science now shows that honey isn’t quite as wonderful as once hoped. (It can’t cure baldness, gout, neurological conditions or constipation – as the ancient Greeks thought.) But there is a hint of evidence that it could still be good for easing a sore throat or cough. It won’t beat prescribed meds, but when tested in a lab, honeys – and in particular dark honeys like Mānuka honey – have the power to kill germs.

Incredibly enough, honey isn’t just for swallowing – applying it to the skin can help prevent wound infection. I know, it sounds horrible (blame the Ancient Egyptians who came up with the idea). Hold off slathering a pot of Wiltshire organic honey over your grazes though: presently there is only one type of purified honey (made into a non-sticky cream called Medihoney) that has been shown to be safe and effective. Now, if only Mary Poppins had sung “a spoonful of honey helps the medicine go down,” then we could play it to children as a form of health promotion.

“Women’s problems”: that’s what I was told cranberry juice was for when I was a child. Clearly, my female relative who was drinking this strange red liquid felt a bit prudish about discussing urinary infections with eight year old boys. Which is perfectly understandable. But to an adult’s ears, “women’s problems” means “repeated water infections”, or more precisely, “recurrent cystitis”. And it’s still something that, until very recently, doctors would recommend today.

Apparently the Native Americans were the first ones to harness cranberry juice’s goodness. They didn’t know it but the unusual-tasting berry juice is high in vitamin C and deposits bacteria killing chemicals in the bladder.

However, despite years of medics saying it is a good thing, very recent research now casts doubt on the effectiveness of it as an ancient infection-buster. The balance of evidence states that, for most people, it won’t clear up a urinary infection. For a select handful, however, we still think it works; namely, women over the age of 50 with repeated bouts of cystitis. So perhaps the sour-flavoured juice is something we should leave for Granny.

There is one more proviso, however: you’ve got to drink lots of it (up to two glasses a day) for it to work. So let’s just hope that Granny likes the taste of her own medicine.

– Always read the label before taking cod liver oil and check the dose. Speak to a health visitor or doctor before giving a cod liver oil or other supplements to children – excesses of vitamin A and D can be dangerous.

– Never give honey to children under one year of age. Honey sometimes contains bacteria spores that can cause botulism in very young children.

– If you take prescribed medicines, then tell your doctor before you start drinking cranberry juice as it can affect how well they work. Always avoid cranberry juice if taking warfarin.

I love writing about science and health subjects. Strange, because I also teach the same things. I trained as a medical doctor before turning my hand to other things. Shortlisted for The Guardian/Observer for Science Writer of the Year 2011 and editor for Guru Magazine I also like to grow large pumpkins...
View all posts by Stuart Farrimond »
« The curious case of the phantom vibrating phone
Holy Frijoles! Swearing is a natural pain-killer »