When is it right to Smack a Child?

“Spare the rod and spoil the child”

Last week I received an odd request from a local radio station. They phoned to ask if I would take part in an on-air discussion about parenting issues – I was more than a little bemused. Having no experience of parenting (babysitting doesn’t count) – I felt ill qualified. But I simply couldn’t resist the temptation to indulge in a fiery radio debate: In the league table of dinner party topics to avoid, the rights and wrongs of parenting ranks at the top. (possibly only just pipped to the post by a discussion of body odour problems).

The latest progeny-raising hot-potato to leap out of the pram is that of spanking: should smacking, hitting and spanking our precious bambinos be outlawed? Advocates and apologists are so irreconcilable – it would seem to be easier to get Richard Dawkins to convert to Catholicism than to get parents to agree.

The Welsh Assembly have just decided to ban smacking and spanking. So – why not take the opportunity to enter the debate – blog style? Does smacking harm a child?, Does it help discipline?, Is it a parent’s right to spank? Dipping into the wealth of research data, the two opposing views thrash it out… (in a non-physical way, of course).

Ding ding! Seconds out for round one…

Opinion 1: Why Smacking Should be Banned

Smacking, beating or whipping children is unequivocally wrong. It harms the child psychologically, and undermines the parent-child relationship. There is no need to do it and better, more effective disciplining methods exist. Using physical force on children represents a failure in parenting and teaches youngsters that the solution to conflict is with violence. At least 29 countries have drawn up the legislation preventing the spanking of children. This is a victory for child welfare, and more countries should now follow suit. 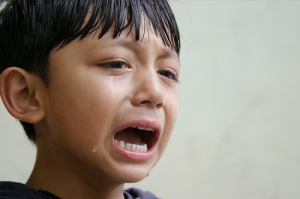 Sweden outlawed the hitting or smacking of children in 1979, and since then there has been a decline in the number of children entering care (26%). Scotland, on the other hand still allows parents to administer corporal punishment – and the rates of children needing care have more than quadrupled. Likewise, rates of childhood homicide (nearly always committed by a parent) are poles apart. In Scotland two hundred times more children have died from homicide in the last twenty years. Contrary to what advocates of smacking fear, there has been no outbreak of unruly, maladjusted children in countries, like Sweden, where spanking has been banned.

Evidence has also been mounting showing corporal punishment is a wholly ineffective form of disciplining a child. This is the stance taken by the United Nations (UNICEF – Convention on the Rights of the Child), as well as the American Psychological Association. Since 1975, the American Psychological Association has taught that smacking teaches violence and fails to reduce undesirable behaviour.

These findings have been supported by research and surveys: physical chasiment of a child has the opposite effect to the one intended; it increases anti-social behaviour, increases violent tendencies at school and is more likely to make children fearful of their parents.Children have a right to physical protection; spanking and beating serves to instil a sense of powerlessness.

In light of an abundance of data (notably from longitudinal studies) proving that long lasting psychological harm results from hitting – it is high time that smacking, spanking, beating (or call it what you like) is forever consigned to the history books. If we are to call ourselves ‘civilised’, that is.

Oh, and forget the argument ‘Smacking is harmless, because I was smacked’. Even if parents explain the reasons for a smack, increased rates of depression, aggression and alienation remain.

Opinion 2: Why Smacking Should be Allowed

To suggest that parents cannot discipline their children with a smack is both patronising and insulting. It serves to vilify the vast majority of loving parents who use a judicious slap to correct unruly behaviour. We live In an age where children desperately need clear boundaries and to learn consequences for their actions. A slap of a child on their leg or behind – without fear of legal repercussions – is crucial in a modern, loving family. 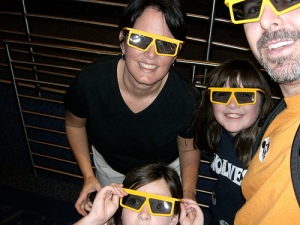 No one would argue that physical violence against children can be harmful in many ways; however smacking as a form of discipline is different to ‘beating’. Children are not ‘little adults’, they do not perceive the world in the same way we do: until the age of seven, most children will be unable to demonstrate true empathy – and to argue that children are ‘small adults’ and so outlaw smacking is idiocy.

There is actually a complete lack of data to show that slapping children really results in long term damage. The ‘anti-smacking’ lobby fail to correctly interpret data: confusing correlation with causality. Higher rates of depression, aggression and mental illness are found in people who were smacked, but this could be for entirely different (e.g. socio-economic) reasons.

New research shows that disciplining is best done in a way that is relevant to the culture. Contrary to those who believe that all forms of physical discipline are inappropriate – a comprehensive survey conducted in 2010 actually demonstrated that the most well-adjusted teenagers were smacked as children (between ages 2 and 7).

Parenting is one of the most important jobs and parents should be given the responsibility they deserve. There will always be irresponsible parents. There will always be those who choose to abuse children. A slap on the arm or leg of a child from a parent is not child abuse. Let’s please not be forced to live in a complete ‘nanny state‘.

There is plentiful research to both support a smacking ban and oppose it. The arguments above represent but a small summary of some of it. I am childless, and so have never faced the dilemma that many of my friends suffer parental angst over.

Incidentally, “spare the rod, spoil the child” is a oft used misquote of the Bible. The text actually says: “Those who spare the rod of discipline hate their children. Those who love their children care enough to discipline them.” The passage comes from a satirical 17th Century poem “Hudibras” poem by Samuel Butler.

From the safety of sitting on the sidelines, I wonder – will it ever be possible to reconcile the debate? I somehow doubt it.

Could there be a third way that avoids laws and bans?

Parenting is an awesome responsibility – and I have the utmost respect for those who do it. Politicians and policy-makers will debate parenting until the cows come home – but one thing is clear: child well-being centres on time with a happy family whose interactions are consistent and secure. (see The role of inequality and materialism by UNICEF)

Thanks for reading – comments and feedback are warmly welcomed! Opinions expressed are my own, etc…

BORED WITH SCIENCE WRITING? I was – but I’ve been lucky enough to part of a team that has launched a free, bi-monthly digital magazine which tries to deliver understandable science writing. It’s also about giving new or undiscovered writers a chance to write to a growing audience of readers. Why not check it out here! I think it’s rather cool…

SELECTED REFERENCES: – click the links within the text above some more

I love writing about science and health subjects. Strange, because I also teach the same things. I trained as a medical doctor before turning my hand to other things. Shortlisted for The Guardian/Observer for Science Writer of the Year 2011 and editor for Guru Magazine I also like to grow large pumpkins...
View all posts by Stuart Farrimond »
« 5 Best Selling Food Supplements that Don’t Work: So why do we still take them?
Happy Birthday! Dr Stu’s blog is one year old today! »

12 thoughts on “When is it right to Smack a Child?”