The Guardian Science Writing Prize 2011: My Entry – “A Seizing Experience”

Still, getting short-listed from over 800 for the Guardian/Observer Wellcome Trust Science Writing competition isn’t too shabby, so I shan’t get down in the dumps. Besides, the canapés at the award ceremony were worth the trip alone (tuna topped with salmon caviar – Oolala!).

Up until know, all the entries have needed to be strictly ‘unpublished’. Since the esteemed Guardian newspaper have decided not to publish my 800 word literary endeavour, I can showcase it – in full – for your reading pleasure… Enjoy!

The hard wooden floor hurts my back. I am awoken to the sickly plastic smell of an oxygen mask. A large figure looms over me as fluorescent yellows and greens start to appear. This stranger’s smiling face comes into focus; he seems to know my name and I can’t understand why. Slowly my bedroom ceiling comes into view: it is the middle of the night, not the normal 7am alarm and sunrise I expected. Like a drunk, I blindly fumble for something to hold on to. When I grasp a handful of electric cables and an extension lead I feel oddly reassured. The friendly paramedic, now kneeling at my side, asks me my address, birth date and occupation. This is a quiz in which I should be an expert but each answer sticks to the tip of my tongue.

I have just had an epileptic fit and I am scared. Lying on my bedroom floor, I am awake but not completely present. This detached twilight existence after a seizure is called ‘post-ictal’ state. My mind feels like fog and, as I am wheeled to the back of an ambulance, I begin to remember my name. 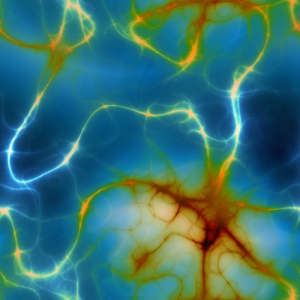 The human brain, like mine that had just failed so catastrophically, is both an elegant work of art and a scientific enigma. Unbecoming in appearance, it has a soft, slimy surface of pinkish-grey wrinkles. Under this dull exterior hide three dimensional spirals and shapes like the swirls of an artist’s brush. This monochrome masterpiece is unique – elegant in design, unsurpassed in power but also tragically fragile.

More adept than any supercomputer, our brain is unlike any PC. Without transistors, silicon chips or magnetic discs, the brain uses a single, elemental component. This basic tiny part – the neuron cell – gives the brain its incredible abilities. Every thought, emotion and feeling is a product of these tiny living beings. Like rush-hour commuters squashed into the Tokyo underground, 100 billion neuron cells squeeze into the skull’s rigid confines. Individually each one is insignificant but together they interlock to form vast social networks with purpose. Shunning loneliness, each cell uses finger-like tendrils to reach in every direction – like tiny hands hoping to grasp something. Countless connections continually form, break and re-form. Infinitely complex partnerships between neuron cells weave memories, ideas and personalities. Ever changing and tirelessly working, they are the microscopic living mass that makes us human.

At every sensation, spoken word or emotion, regions of neuron cells burst into activity. Suburbs of neurons have responsibilities for different faculties. From these districts, electrical impulses crackle outwards along neurons: With unexpected ferocity, stored electrical charges surge along twisting and turning biological wires – fiery pulses ripping across this pink and grey vista. Technology now lets us watch these hitherto unseen firework displays. We can look on in awe as patterns and shapes of flash in and out of existence – pain, comfort and fear each crafting unique images.

Lying on my bedroom floor, my wife reassures me with calming words. Neurons are like us, and they too hear words spoken to them. But neuron cells talk not in sound but in chemistry. Every electrical pulse that travels along a neuron’s path ends in a loud shriek. At the cell’s terminus, bubbles of chemicals burst like champagne to release liquid fragrance messages. Using a chemical vocabulary as diverse as spoken language, dozens of these ‘neurotransmitters’ combine into cocktails. Nearby neuron cells interpret these aromas with molecular-sized sensors as if they were words:  The chemical ‘Dopamine’ sounds like a motivating phrase; ‘Acetylcholine’ yells muscles into movement; ‘Serotonin’ makes us cheerful. But just as fleeting as the electrical signals that precede them, these chemical words vanish like vapour milliseconds later. 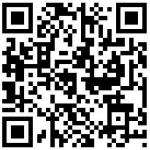 Words and meaning – chemicals and electricity are constantly held in delicate balance. In health, this world is in harmony. On the night of my seizure, something unknown tipped the scales. As if a radio dial had been turned to static, the symphony of electrical beats and chemical melodies degenerated into white noise. Neuron cells sparked uncontrollably, meaningless chemical messages spewed forth and I let out a loud scream. Anarchy was unleashed; lightning blazed throughout this once tranquil landscape and my body shook violently.  Mercifully, this fierce electro-chemical storm did not last forever. As screaming neuron cells eventually became quiet, so my uncontrolled cries silenced: families of neuron cells became calm and bodily convulsions ceased. Like blurred shapes coming into focus, electrical charges slowly separated and gained order. One by one, chemical bubbles reformed just as the words I heard regained meaning. Neuronal hands grasped as did mine. Sensation, emotion and logic returned like human evolution being played in fast forward.  Clouds of chaos eventually started to clear and slowly a peaceful new day could begin.

Thanks for reading – comments and feedback are warmly welcomed!

Issue Two is now out - get it here!

BORED WITH SCIENCE WRITING? I was – but I’ve been lucky enough to part of a team that has launched a free, bi-monthly digital magazine which trys deliver understandable science writing. It’s also about giving new or undiscovered writers a chance to write to a growing audience of readers. Why not check it out here!

I love writing about science and health subjects. Strange, because I also teach the same things. I trained as a medical doctor before turning my hand to other things. Shortlisted for The Guardian/Observer for Science Writer of the Year 2011 and editor for Guru Magazine I also like to grow large pumpkins...
View all posts by Stuart Farrimond »
« Why is the Universe is Expanding and Accelerating? Here’s my pet theory… (by a non-physicist)
“Hey you, Fatty! Stop eating so much!” declares UK government »

6 thoughts on “The Guardian Science Writing Prize 2011: My Entry – “A Seizing Experience””