Art and Science: If a Picture Could Say a Thousand Gigabytes…

I don’t like big numbers. There are nine billion people in the world, but how many of us can honestly imagine of more than a couple thousand people? When you look at the moon on a clear night, it looks pretty close. But it’s actually over 240 thousand miles away! I think Norwich is a long way – If I try to think of more than about a thousand miles, my brain melts…

We know how much?

Since the advent of the internet, human knowledge has accumulated at a stupendous rate. In days of yore, it was only the intellectual elite who would ever write a book. Now nearly everyone is publishing something: The world and its granny are uploading videos, photos, blogs, not to mention the millions of people tweeting about what they had for breakfast.

Last year, it was estimated that the entirety of human knowledge measures one zettabyte (don’t worry, I’d never heard of a ‘zettabyte’ either). Put simply, this is quite literally an astronomical amount of information: If you were to try to save that amount of information onto old-fashioned floppy disks, they would stack up all the way from here to the planet Uranus! 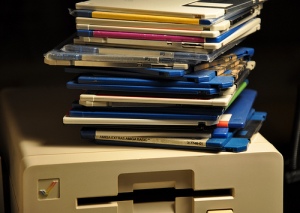 A Floppy disk can store 1.44MB. Although only 3.5mm thick, one zettabyte would need a pile nearly 3 billion kilometres high! We could be here some time...

So it’s for this reason, scientists, artists and graphic designers have been getting trying to get their heads together and come up with ways of making statistics and big numbers something that even Joe Public can understand.

Artist Chris Jordan has produced a remarkable collection of giant canvas pieces called ‘Running the Numbers’. Each intricately detailed image is assembled from thousands of smaller photographs. Take a look at ‘Toothpicks’… 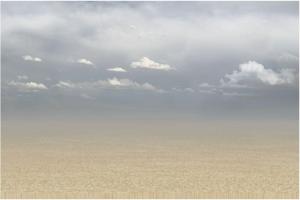 But when looking closer, you will see that the landscape is made up of tiny toothpicks: equal in number to the one hundred million trees cut down in the U.S. yearly to make the paper for junk mail: 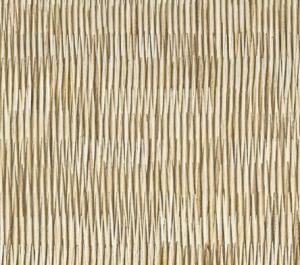 Prison Uniform (2007). The U.S. has the largest prison population of any country in the world.

This new breed of ‘cartographers’ have been recruited to contribute their best efforts of visually explaining complex ideas. Over the past ten years, a special collection called ‘Places and Spaces: Mapping Science’ now tours all over the world showcasing some of the most ingenious maps and designs (click here for the calendar). But these aren’t normal maps… 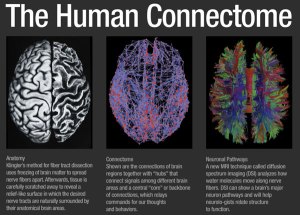 A 'map' to show how the brain is wired. These types of maps in the future are being developed to explore online.

Recently, Facebook released a map consisting entirely of its 600 million members and their ‘friendship’ connections. Its creator, Paul Butler reflected on this striking image:

“I was a bit taken aback by what I saw. What started as a massive blob of data had turned into a surprisingly detailed map of the world. Not only were continents visible, certain international borders were apparent as well. What really struck me, though, was knowing that the lines didn’t represent coasts or rivers or political borders, but real human relationships.” 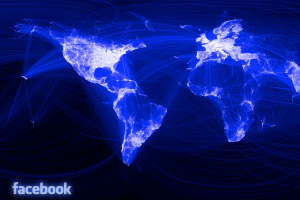 Dark areas on the map are countries without Facebook members

‘InfoGraphics’ for Schools and Colleges

Information Graphics (or infographics) have been around for quite a while; they use a combination of pictures and symbols to get information across. We’re all familiar with Underground and Subway maps, but these graphic design techniques have been migrating into the classroom. Designed to be printed or viewed on computer, they help students grasp difficult concepts, and below are couple of (pretty big) examples.

If they’re too big to see: clicking on them will get a better view! 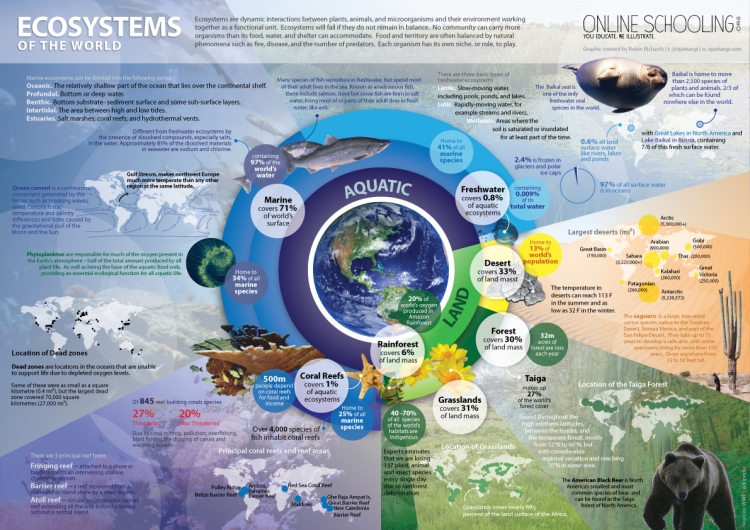 Art, maps and graphics are all great; because for too long science has been seen as just about facts and figures – dry and uninspiring. Science is fundamentally about discovering more of the universe around us. Sine art and creativity are a huge part of what makes us human – why not let it overflow into scientific avenues? The world can surely never have a shortage of creative and logical thinkers: Leonardo da Vinci fused art and science – perhaps the next generation of free-thinkers could do something similar?

Who knows, maybe cake will hold the keys to future scientific discoveries? I live in hope...

What about solving a quantum problem whilst playing rock music? Or discovering a new way of producing clean energy through baking a cake?

Mmmm, cake! That sounds more like my idea of science…

I love writing about science and health subjects. Strange, because I also teach the same things. I trained as a medical doctor before turning my hand to other things. Shortlisted for The Guardian/Observer for Science Writer of the Year 2011 and editor for Guru Magazine I also like to grow large pumpkins...
View all posts by Stuart Farrimond »
« The Burns Night Face-Off: Haggis versus the Big Mac! Which is really better?
Are you a Shopping Addict? Try the ‘Shopaholic Test’! »

2 thoughts on “Art and Science: If a Picture Could Say a Thousand Gigabytes…”