The science of health, food and life explained

How often have you forgotten something? When was the last time you walked into a room and forgot why you had gone in there?

Don’t worry – you’re not alone. This is the first of two blogs looking at memory.

Today’s blog looks at how our memory works and just how precious and fragile it is.

I did my fair share of night shifts when I worked as a junior doctor. One memorable night I was working in a hospital emergency department and I was asked to see a patient that had just arrived; the nurses told me he was ‘odd’. Earlier that day the police had found him wandering the streets. When he unexpectedly collapse he had been brought into hospital.

With stethoscope in hand, I went to see our new arrival. Pulling the curtains back, I saw a large muscular man with tattoos over his arms, wearing a black coat and dirty crumpled jeans. Although he didn’t have a smell particularly bad, my first impressions weren’t good. I introduced myself and asked him to explain what had happened.

With a warm smile, he told me his name; he was polite had an air of sincerity about him. ‘Things might not be so bad’ I thought ‘He’s hardly the unpleasant and aggressive person I feared’. What possibly had the nurses meant when they called him ‘odd’?  They must have confused him someone else…

He continued his story: he didn’t know why he had ended up in a hospital bed and certainly couldn’t remember collapsing. He was genuinely shocked to be in hospital and told me that he had never had any medical problems before. He gave a rather convoluted story about how he had been travelling from Preston to meet up with family. My geography wasn’t great, but it seemed plausible enough.

I was perplexed: an otherwise friendly man with no reason to collapse finds himself in hospital… So I did the thing that all doctors do when they haven’t a clue: blood tests!

“I’ll just organise some blood tests, to see if we can find what might be going on” I told him.

I stepped out from the cubicle, and returned a couple of minutes later: blood taking paraphernalia and a syringe in hand.

“Who are you? Have we met?” He asked when I returned.

“I’m the doctor, my name’s Stuart – I’ve just come back to take some blood tests, I was talking to you a minute ago”

“Where am I? Where is this?” That same look of genuine surprise returned to his face.

Suddenly the penny dropped: He had no short-term memory at all! After about two minutes he would forget everything that had just happened or that he had been told. This was going to turn out to be a long night…

Neurologist Dr. Oliver Sacks wrote a book in 1985 called “The Man Who Mistook His Wife for a Hat” about ‘odd’ and interesting

patients he had met throughout his career. One person he describes is called ‘The Lost Mariner’: a man similar in mamy ways to my patient: he had no short-term memory. The ‘Lost Mariner’ was many years older than he thought he was, he was convinced the year was 1945 and he was a sailor in his twenties. He acted quite normally except that ‘modern’ inventions like colour TV’s baffled him. But because he had no short-term memory, he was unable to carry out any complicated task that required any continued concentration.

Both men had a condition called ‘Korsakoff’s Syndrome‘ and it’s not dissimilar to the severe memory loss that happens to some of us in old age (‘dementia‘). Both men had been alcoholics and had destroyed parts of their brain crucial for forming new memories: two tiny and insiginficant looking lumps of tissue at the bottom of the brain called ‘mammillary bodies‘. 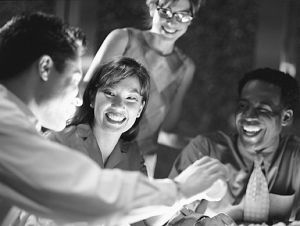 Memories can be so precious to us: Remember that great meal with friends? Or that brilliant holiday you had a few years ago? Memories shape who we are and give us a sense of identity. Sometimes though we can be plagued with an old memory that we would much rather forget; perhaps something traumatic or a terrible mistake.

Memories aren’t organised in the brain like how you might imagine – there is no hard-drive within your skull! Rather, memories are somehow spread out throughout all of our brain. The brain has different areas for different feelings and sensations: sights, sounds, emotions, sensations. If you look at a person’s brain in an MRI scanner and ask them to remember playing a game of tennis – the brain activity looks almost exactly the same as if the person is actually playing the game of tennis! Whenever you remember anything you have done, experienced or felt those parts of the brain that initially felt those thing ‘light up’ and you literally relive that experience in your mind.

All is not quite as it seems though, each time you relive your past, by remembering a cherised past experience that precious memory becomes vulnerable…

The first time I met my wife, we went on a trip into the Derbyshire Peak District. We paid a visit to the scenic town of Matlock Bath. Anyone who has been there will know that the town has a fair share of tacky gift shops. When we got there I had an idea for something fun to do on a first date. I thought it would be a good idea to play a game: Who can buy the other person the takiest gift. We had a price limit of £2 and we would access each other’s purchase by their humour value and lack of taste. It was fun – She got a grotesque drinks coaster and I got a packet of toy soldiers. Both were completely naff but I think I was the winner…

The thing is, I clearly remember suggesting this fun ‘game’ (I had such an extraordinary wit back then). But when we recount the story she insists that it was her idea… one of us must be mistaken.

The event was staged to make a point. The man was not really a thief but an actor. All the students were asked and they all agreed in their description of him. But the actor had straight hair! The professor had told the students he had curly hair and this fact seemed to have been implanted into their memories. Their memories had been manipulated and our memories are just as vulnerable to this. 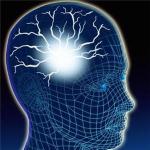 This kind of memory manipulation can happen in intense police interrogation or if someone is asked to recount an event many many times. Each time we recall an event, it is vulnerable to be changed: perhaps subtly or perhaps more dramatically. Here comes the really sinister bit: similar techniques can be used to make entirely new memories…

How to Create a False Memory

When you realise how simple it is to create a false memory, you may end up asking yourself: how can I know if anything I remember is really true?

Dr Elizabeth Loftus has spent much of her career researching how we remember. She has written about just how easy it can be to implant false memories into our minds under the right conditions. This is how an interviewer can implant a new memory into a subject’s mind:

Interviewer: “We have been asking your parents about things that happened to you when you were a child: can we check how well you remember them?” 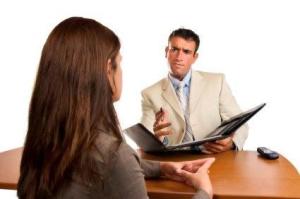 Subject: “Yes. I remember it clearly – it was a sunny day, we caught an eel! We had a great time…”

Interviewer: “You remember the time you got lost in the woods when you were 13?” (This never happened – the Interviewer just made it up)

Subject: “No, I can’t really remember that ever happening”

Interviewer: “Are you sure? Try harder: Your parents told us all about it…” (A complete lie)

Subject: (eventually) “Oh, yes – it’s starting to come back to me. I think it was a rainy day… and my brothers were there… I think we had been out for a picnic…” (non of these things happened – the subject is inventing them)

With the right series of questions – the ‘subject’ will have create an utterly false recollection of something that never actually happened. They will continue to embellish the memory and it will become increasingly real to them and they will be unable to distinguish it from a real memory.

Don’t despair though! Stay tuned to the blog because part two of this series on memory will look at how you can have a better memory and how you might be able to make better decisions… 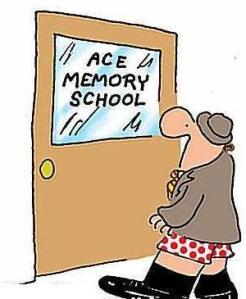 Learn all about how memories work here