Life with autism: it’s not what you think

Imagine a world where the clink of a coffee cup chimed louder than Big Ben. Imagine what it would be like if a muttering crowd sounded louder than a World Cup roar. Envisage a desk lamp that burned brighter than the sun; or suppose a whiff of rotten fish lingered with you all day long. This is the world of sensory overload. Welcome to the world of autism.

It can be difficult to imagine what life might be like with autism. If you say the word ‘autism’, some will think of Dustin Hoffman’s character in the 1980s move, Rain Man – a socially withdrawn, intellectual genius. Other people will imagine an inconsolable autistic child who is screaming, rocking and head-banging. Whilst simplistic, each stereotype is testament to how varied autism can be. Autism isn’t just one condition but a ‘spectrum’ of conditions which is why we now righty call it ‘autistic spectrum disorder’ (ASD). And given that 1 in 100 people in the UK have a diagnosis of ASD, it’s quite likely that you know someone with autism without even realising it.

People with autism aren’t stupid. Neither can you spot someone with autism by looking at them. It is often called a ‘hidden disability’ for good reason and needs understanding, rather than stereotype. 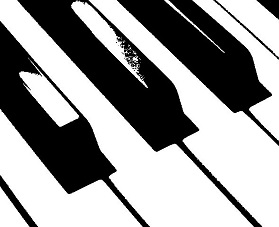 Some people with autism have learning difficulties and profound communication problems, others however are highly intelligent, successful professionals. Very few have the special giftings seen in the movies. What is common for all people with ASD is a difficulty with social situations. Words can be taken literally, gestures easily misunderstood and the emotional meaning of a situation overlooked. Many experience the world quite differently and some can suffer bouts of ‘sensory overload’. As if all the senses were turned up to max, simple sounds, sights and smells can fragment into a distressing pandemonium. A childhood autistic ‘tantrum’ is usually nothing to do with attention seeking, but a desperate attempt to flee a world that has suddenly become painfully intense.

Autism is a lifelong condition, without known cause and without cure. There are many things we can do to make things easier for someone with autism, however. Take a lesson from Lucy, a woman with a type of autism called Asperger’s:

She is an academically gifted woman with a tendency to strict routines, limited interests, physical clumsiness and social difficulties. One day, she visited A&E and after being assessed by a triage nurse was told to “take a seat outside, the doctor will see you shortly”. Unaware of the words’ implied meaning, Lucy took her words very literally. Hours later a security guard found her not in the waiting room but sitting outside the hospital on a park bench.

As Lucy’s situation shows, simple and clear instructions will avoid many misunderstandings. Someone with autism may appear quiet, rude and uncaring, but, unlike you, social etiquettes do not come naturally. Panic attacks, outbursts and unusual behaviours warrant patience rather than fear. It can be difficult for someone with autism to imagine the world from another’s perspective. For those of us who don’t have autism, perhaps one of the greatest things we can do is to do just that and appreciate that their world may be different to ours.

To find out more about autism and how to help someone with autism, check out The National Autistic Society’s website.

I love writing about science and health subjects. Strange, because I also teach the same things. I trained as a medical doctor before turning my hand to other things. Shortlisted for The Guardian/Observer for Science Writer of the Year 2011 and editor for Guru Magazine I also like to grow large pumpkins...
View all posts by Stuart Farrimond »
« Pester Power! Sweets at the Checkout: Supermarkets ban them. Again.
Alcohol warning labels won’t make us cut down. (You won’t want to know what will.) »

4 thoughts on “Life with autism: it’s not what you think”