“Hey you, Fatty! Stop eating so much!” declares UK government

Obesity - a lack of willpower. Apparently

That’s right, being fat is your fault after all.

Yesterday, the UK minister for health, Andrew Lansley jabbed his not-too-chubby finger at the overweight far lacking insight into their food addiction. In a rally-call to the 60% of overweight adult Britons, his announced a new ‘national ambition’ is to cut out the hamburgers and go easy on the tipple.

So, come on you Brits, it’s time to wake up and smell the broccoli. Let’s club together, reinvigorate the ‘Bulldog Spirit’, and together we can cut out 28.4 million caffe lattes out of our collective intake.

Government Obesity Plan is a load of Tripe 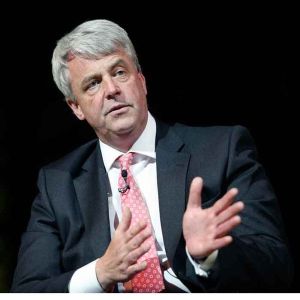 "If we reduce the size of cheesecakes to this big..." Andrew Lansley MP (source: Wikimedia)

The UK government’s attempt to distance itself from its responsibilities to the health of the nation is not only ill-informed, but scientifically idiotic. Perhaps this reflective approach of ‘being more honest’ about what we eat has helped him reduce the size of his double-chin; but it almost certainly won’t work for a nation.

True, making a ‘fat tax’ will be deeply unpopular – but it will probably work better than his suggestions.

It has been known for decades that alcohol consumption is directly related to cost and availability – the cheaper alcohol is, the more people drink – FACT.

Make petrol more expensive, and people drive less… I think you get the idea.

Proactive approaches to encouraging healthy living and exercise in recent years have been expensive and largely ineffective. The reason is simple – we humans are programmed to eat.

Once you pop, you can’t stop – People will put on weight

Put a rat in a cage with one type of rat food, and it will moderate its intake to maintain a steady weight. Give the rodent a variety of tasty treats to choose from and the variety alone will make it gorge itself until it the size of a furry melon, and then have a coronary. Last time you went for a buffet meal, I bet you couldn’t resist trying a little bit of everything, right?

The human obesity problem is related to the survival instinct in all of us. It has played a part in making us a species that has survived through a history of feast and famine: in times of peace and relative food abundance we will, left to our own devices, year-on-year slowly pile on the pounds. Epidemiological studies have shown this since scientists first learnt how to use a tape measure and weighing scales.

Simply telling people to eat less doesn’t work. Encouraging a nation into some bizarre group-therapy session of ‘let’s just be honest’ about that our pork pie fetish won’t work. Lansley’s softly-softly ‘let’s just ask food companies [nicely] to put less calories in their products’ won’t work either. The suggestion that subversively cutting 3-5% from all pre-packaged foods is contrary to all we have learnt about failed obesity initiatives.

The solution does, in the words of crying-chef Jamie Oliver need some “creative solutions”.

Rather than take the lead and do something brave, the British government is sidestepping responsibility onto local authority interventions and voluntary initiatives by businesses.

I wonder what solutions they come up with?

Not in the News – Local Authorities launch Novel Obesity-Busting Plans

Local councillor for Amesbury reported that they will be banning the use of television remote controls – claiming the additional exercise required to get up and change channel will be equivalent to the 16 dry roasted peanuts that the average adult typically overeats daily.

Voluntary organisation ‘StoptheChub’ today have launched a World War II-style month of rationing every January. They claim it will “counteract Christmas indulgences and teach today’s generation about the ‘good old days’”

Bottled water company and beverage manufacturer ‘Fizz-the-Fat’, famed for their popular sugary soft drinks are due to announce the addition of small quantities of the weight-loss drug Orlistat into all their drinks. A spokesperson said “We think it won’t take long for our customers get used to the side-effects of fatty stools, and will appreciate this groundbreaking step forward”

Thanks for reading – comments and feedback are warmly welcomed! Opinions expressed are my own…

Issue Two is now out - get it here!

BORED WITH SCIENCE WRITING? I was – but I’ve been lucky enough to part of a team that has launched a free, bi-monthly digital magazine which trys deliver understandable science writing. It’s also about giving new or undiscovered writers a chance to write to a growing audience of readers. Why not check it out here! It’s not normally as opinionated as this piece…

I love writing about science and health subjects. Strange, because I also teach the same things. I trained as a medical doctor before turning my hand to other things. Shortlisted for The Guardian/Observer for Science Writer of the Year 2011 and editor for Guru Magazine I also like to grow large pumpkins...
View all posts by Stuart Farrimond »
« The Guardian Science Writing Prize 2011: My Entry – “A Seizing Experience”
5 Best Selling Food Supplements that Don’t Work: So why do we still take them? »

4 thoughts on ““Hey you, Fatty! Stop eating so much!” declares UK government”